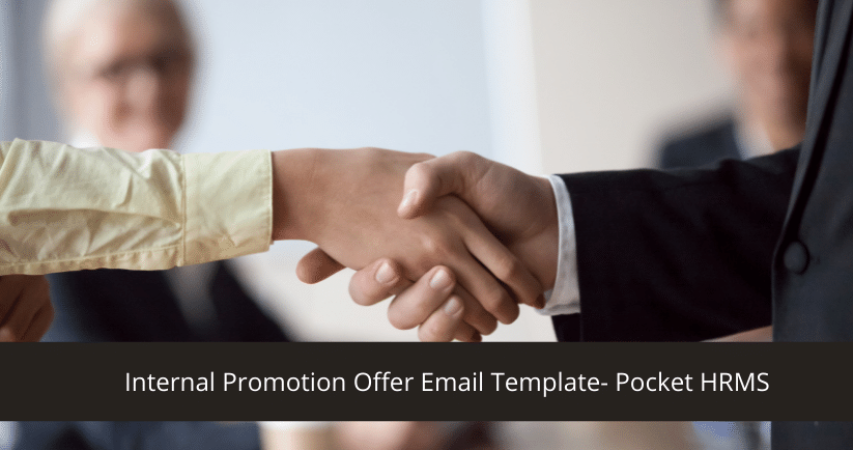 For any company, its employees are the most precious assets. Thus, the employee promotion announcement email must be handled with utmost care and clarity. Promotion announcements email help employees to understand how much their employer values and cherishes them for their hard work. Different companies use different techniques to announce the promotion. A small-scale company might announce the promotion of employees personally, whereas a large company might do it via email.

How To Announce An Internal Promotion?

How To Share The Promotion Announcement With The Employee?

How To Write The Promotion Announcement Email?

Why Should Promotions Be Announced?

Promotions are an important part of any employee’s career progression. They need to know that their hard work and dedication is being noticed and appreciated, and hence they are getting what they rightfully deserve. Additionally, stating the reasons for promoting an employee is also very important. The promoted employee’s colleagues might wonder why they didn’t get the promotion. Stating the reason for giving the promotion to that particular employee reduces the chances of misunderstanding and jealousy amongst the staff members.

What Information Should The Employee Be Provided With?

Firstly, start by congratulating them and telling them how they deserve it. Explain to them their new roles and key responsibilities. Clarify how much raise is being offered to them, and what will their exact new salary be, along with the variables (if any). It is a good idea to offer them an internal promotion contract, to give them a chance to accept it or not, especially if they are being relocated or changed to a new department. Also, if the promotion being is that of a managerial level, you might want to let them know who all will be working under them, and a brief description of their role and responsibilities.

Below is a sample of the promotion announcement email sample-

I am very pleased to announce that [Employee Name] is being transferred to the [Department Name] department to work as our new [New Designation Name].

Over the last [Number of Years] years, [Employee Name] has been instrumental in the fulfilment of several projects including [Mention 2-3 significant projects here]. [He/She] has also been helping us with [Mention any other achievements of the employee. You can also add how it benefited the company].

[He/She] has put in extra hours and taken on more responsibility whenever required and [his/her] track record with our [customers/clients] and co-workers has been impressive so far. In the new role, [he/she] will bring [his/her] deep knowledge and experience to [Mention new duties and responsibilities here] and help us in expanding our business.

If you have any queries regarding what [Employee Name]’s new position might mean for your new working relationship, don’t hesitate to direct any questions to me.

I, once again extend [Employee Name], my hearty congratulations and wish [him/her] the best of luck in [his/her] new role.