Will the New Salary Structure Implementation Change your Take-home Salary? 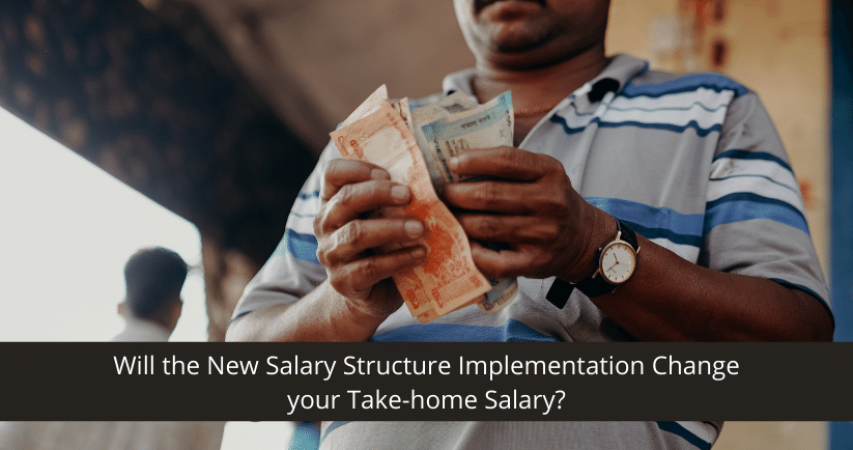 The new wage code is likely to be implemented soon as it has been approved. As per the changes in the new reform, the new salary structure will be implemented that will significantly impact the take-home salary of the employees.

The definition of’ wage’ in the New-Wage Code Bill is now changed. According to the new bill, wages or employees’ monthly basic salary cannot be less than 50% of the employees’ CTC. At present, the basic salary is between 30-40% of the gross salary. According to the new wage code, basic pay will be changed it will also impact the provident fund and gratuity. Furthermore, it means more contribution towards retirement and less take-home salary.

Let’s dive deeper into the New-Wage Code in India and understand how different will be the new salary structure will look like.

Also read: What is Gratuity? How to Calculate Gratuity from your salary?

What is the aim of the new wage code?

The changes in the wage code are passed in the parliament and are expected to be implemented soon. The changes are made in four labour codes, and they are as described below.

2. The Code of Occupational Safety

Due to the code on the Occupational Safety, Health and Working Conditions, there will be regulations at all the establishments with 10 or more workers for the health and working conditions of the employees, including all the mines and docks.

3. The Code on Social Security

4. The Code on Industrial Relations

The Code on Industrial Relations, 2020 seeks to consolidate three labour laws to improve the country’s business environment and the industries’ labour compliance burden.

To better understand the new salary structure, we need to understand some crucial components of the CTC.

Basic pay is the fixed component of the salary, and other components are calculated based on it. The basic pay varies according to the industry, experience and the company the employee works in.

Allowances refer to the extra benefits that a company provides to their employees for being part of the company. Allowances differ according to the designation of the employees. Allowances are also used to get at the round figure for the cost to the company.

HRA stands for house rent allowance provided to the employees for accommodation.

The gross pay is the addition of the basic salary of the employees and the allowances provided by the company. This sum comes before removing the deductions. The gross salary also includes allowances such as bonuses, HRA, medical assistance, mobile bills and more.

Gratuity is an expression of the thanks from the company to employees for sticking with the firm longer than a period of 5 years. Some organizations include it as a component of cost to the company, but the employee is eligible to receive it only after completing five years.

Provident Fund (PF) is the statutory investment that the employee makes for the retirement benefit. It applies to companies with more than 20 employees.

Take-home salary is the amount employee receives after all deductions such as the provident fund, income tax, professional tax and medical insurance. The take-home salary is also referred to as the net salary payable or ‘in-hand’ salary.

Also read: What is CTC in Salary? Learn How to Calculate CTC from Basic Salary

Impact of the New-Wage Code on your Salary Components 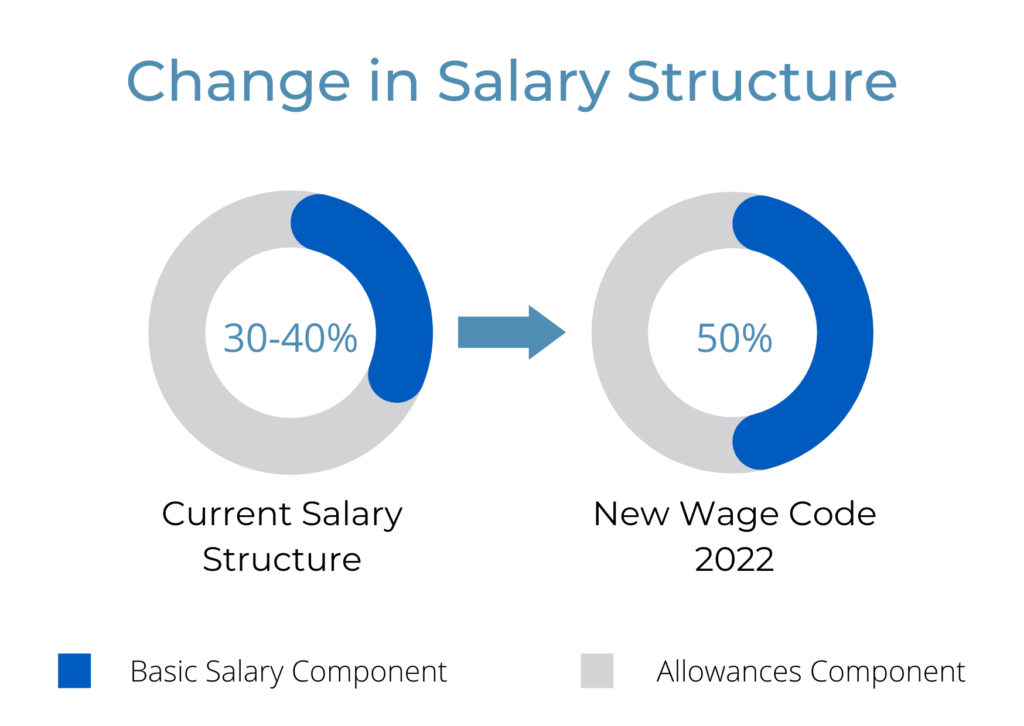 According to the new rules, the Basic Salary which is the taxable component of the employees’ CTC will increase to 50 per cent. The taxes are also bound to increase with the significant increase in the basic salary. Under the new rules, the taxable part of HRA will also rise. The non-taxable part of HRA will be less than 50% and drop to around 20-25 per cent.

Since we know that according to the New Wage Code, the basic salary cannot be less than 50 per cent of the CTC that an employee receives, the allowances will be reduced. The basic salary of employees currently is 40 per cent of the Basic Salary. Many allowances are crucial components in the salary structure of the employees that form a significant portion of the total salary.

Allowances such as telephone charges, internet bills, HRA, newspaper, and travel allowances will be cut down. In the Wage Code 2022, the allowances cannot be more than 50% of the total CTC, as the basic salary should be at least 50% or more. That brings down allowances in your salary.

How does the new salary structure affect take-home salary?

That means if you are in the lower-income bracket, your per-month salary may stay unaffected, while if your salary is in the lower bracket, it is likely to affect your take-home salary.

Employees will make more contributions to the security and retirement benefits. As basic salary increases, this means more tax and lesser take-home salary.

PrevPrevious5 Benefits of Paperless HR Administration
NextNew Wage Code 2022: How will it Impact your Payroll Processing?Next 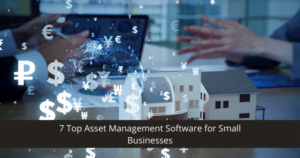 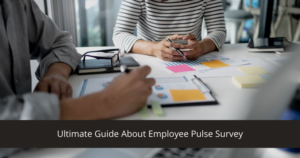