LTC Voucher Scheme – All You Need to Know | Pocket HRMS 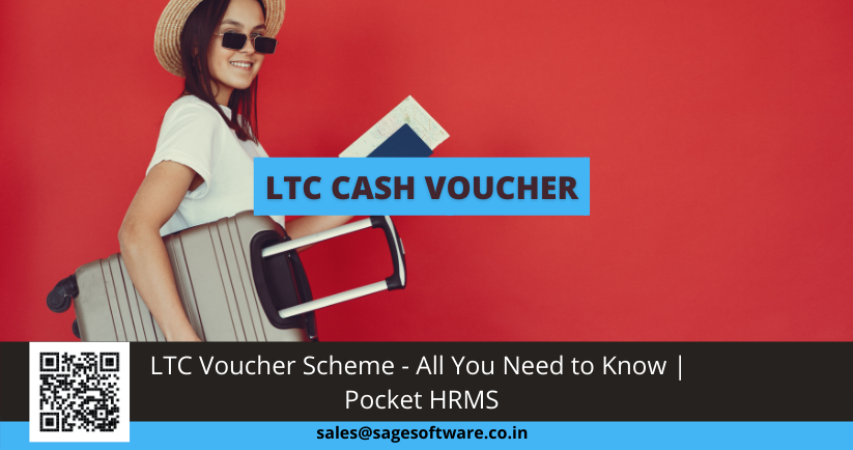 Ever since the news of the LTC voucher scheme has landed, a chaotic atmosphere has been created since people are unclear and hazy about the details. Finance Minister Mrs. Nirmala Sitharaman has clearly stated that the LTC scheme offers the employees an option to spend money on something other than travel.

The LTC scheme was introduced on Monday, 12th October 2020. The workers of PSUs, PSBs and the central government are now eligible to procure products and services in place of the tax-exempt portion of Leave Travel Concession (LTC) or Leave Travel Allowance (LTA).

Earlier the central government employees were eligible for LTC and leave encashment of 10 days, to travel wherever they wish to, a maximum number of two trips within 4 years.

Since the time the COVID-19 pandemic has struck India, many travel restrictions have been solicited and the employees were not able to benefit from their LTC option. But after the introduction of the Leave Travel Concession announcement, the employees have the alternative of availing the cash equivalent of their entitled LTC leave and fare encashment.

Having said that, there are some T&C’s that the employees need to keep in mind before availing of this Scheme, which are-

The LTC scheme is entirely optional, and the decision rests in the hands of employees, whether they want to utilize this scheme or opt for the regular LTC in the following years. The entire amount of cash received through the scheme, i.e., 3 times of the LTA, can be entirely spent at one go, or can be broken down into smaller purchases, according to the employees’ needs.

Another point to be noted is that to use this LTC cash voucher, the employee should select both, LTC fare and leave encashment. Tax exemption and TDS will not be deducted on reimbursement of the deemed fare of LTD.

This is the rife consensus going on in India right now. LTC scheme is as of now only for the central government workers, PSB workers, and PSU workers. However, according to the notice, this scheme will also apply to private-sector employees and state government workers, who are entitled to LTC.

But the absence of this not being mentioned in the memorandum is generating ambiguity.

Hopefully, more clarity on this subject will be provided soon as the finer details of the scheme are yet to be announced.

Disclaimer: All the information, views, and opinions expressed in this write-up are those of the authors and their respective web sources and in no way reflect the principles, objectives, or views of Pocket HRMS.

PrevPreviousHow HR Technology can make life easier for HR?
Next5 Signs your Employees Don’t Like You AnymoreNext