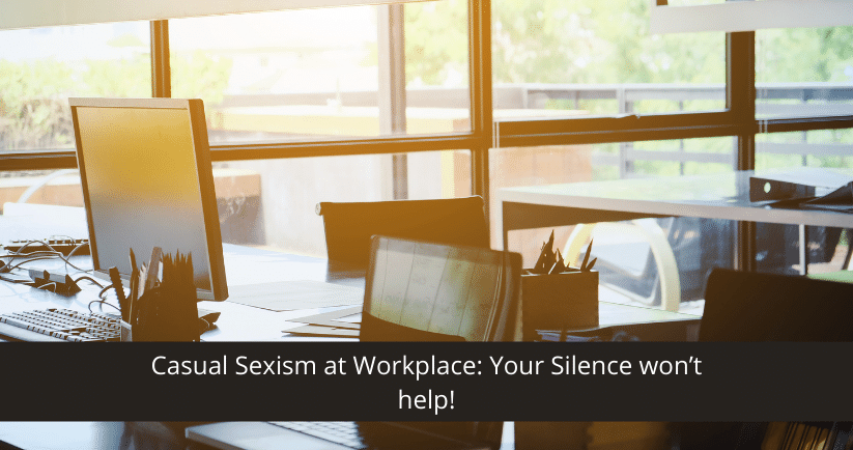 Casual sexism. Though you can choose to ignore, but it’s omnipresent, every day and everywhere! Irrespective of what industry or profession you are into, everyday casual sexism does exist.

Sexism is discrimination or stereotyping often based on gender, particularly thrown at women at workplaces all around the globe. Unfortunately, everyday casual sexism at workplace is seldom raised or escalated. Sexism can be either unintentional or intentional and is quite evident in workplace interactions and hustle-bustle. On the other hand, it not only affects a company’s culture, but also careers.

Employees usually avoid raising everyday casual sexism issues, because of the misconception that it can be perceived as too small or petty to create a fuss about. Contrary to what most of us think, failing to tackle causal sexism at work will sabotage all our initiatives and policies to drive gender equality and harmony at work.

Here are a few ways casual sexism breeds at a workplace:

This is the most commonly encountered type of casual sexism at work experienced by women. It often involves sexist jokes or remarks aimed at insulting a woman employee.

“Wear those heels tomorrow though for that client meet up tomorrow”

We live in the 21st century and still judge a woman over her dressing choice. Casual sexism at work also includes commenting on a woman’s lipstick or her dress. Commenting unwarranted jokes or remarks over a woman’s dress.

Here comes the most frequently encountered causal sexism at work. A woman and a guy can’t be friends. This is no Bollywood gimmick and it does exist in every organisation be it small or big. Passing lewd comments or judging a woman colleague over her male friends at work is one of the worst forms of everyday sexism at work faced by a number of women.

Perceiving an impeccably talented woman to be less serious about her work or less capable. In other words, making assumptions when it comes to compatibility for certain tasks and roles basis of gender. Calling out or criticising women for being ambitious is the worst double standard that has to stop, like right now.

Women often complain about being asked for about childcare plans. Making comments that reflect poor parenting if they happen to prioritise their work. Asking women why they aren’t having children.

This consists of comments made about a woman’s body size, shape, physical traits or the dress she is wearing. This type of casual sexism at work is common with women working in the media industry or the ones with a public profile.

“Dude, did you see what dress she was wearing during that presentation!”

Describing a woman being too emotional or too bossy or unassertive.

These scenarios though may sound astonishing to men, but they will be surprised to find out how common everyday sexism is for women around them.

It’s high time we break the stereotype to achieve gender equality at work that is devoid of workplace harassment and casual sexism.

Got something exciting to add here? Feel free to let us know and we will be more than glad to feature it on our blog. Pocket HRMS fully understands how daunting it is as an HR to tackle and address these everyday workplace problems including casual sexism and workplace harassment and thus, aims to make things easier for HR personnel.

Write to us at sales@pockethrms.com to find out how our cloud based HRMS software can save time for your HR so that they can focus more on other important stuff like everyday sexism and harassment at work.

PrevPreviousIs your office watercooler a breeding ground for diseases?
NextHRs share some memorable mistakes candidates make on their CV!Next 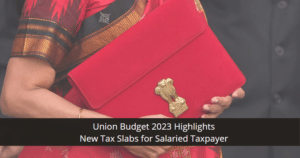