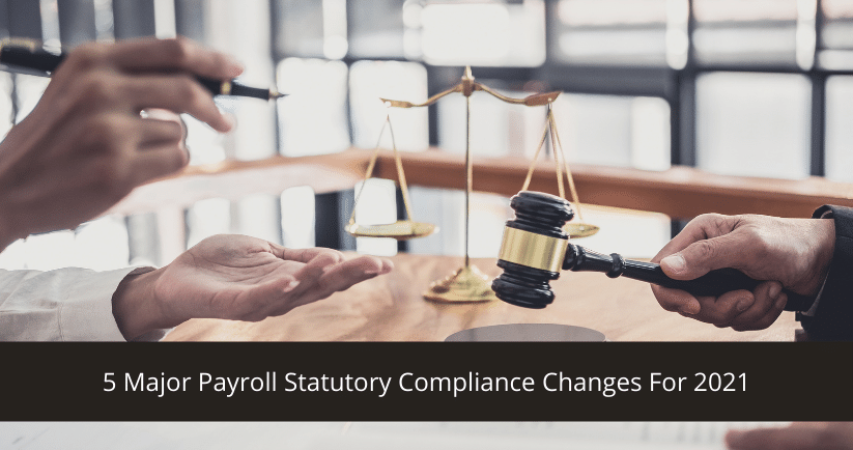 The 4 Labour Codes absorb the 29 different labour legislation which India had earlier. The main reason for implementing it is to unify, simplify and consolidate these legislations so that the definitions of various parameters such as wages, salary, etc. would remain the same in different sectors throughout the country.

The Ministry of Labour and Employment had passed the ‘Code on Wages’ in August 2019. The other three major reforms, namely, the ‘Occupational Safety, Health and Working Condition Code’, the ‘Industrial Relations Code’ and the ‘Code on Social Security, were approved by the Indian Parliament in September of 2020. However, due to the Covid-19 pandemic and the nationwide lockdown leading to a reduction of economic growth, and the indecisiveness expressed by the individual states, it was decided that the enforcement of these reforms should be put on hold at least until April 1, 2021. However, it has been delayed again and insiders believe that all four of these reforms might roll out by October 1st of this year.

The working class, however, is more interested in the Wages Codes of 2019, which is said to implement the payroll statutory changes, which will affect their take-home salaries.  However, the other reforms are equally important, and hence, let us take a closer look at the effects of each of these reforms below.

Additional allowances will be 50% of the Cost-To-Company (CTC):

One of the most controversial provisions of the Code of Wages, 2019 is that the additional allowances which companies provide along with the payroll such as house rent, overtime, etc. will have to be set at 50% of the employee CTC. Conversely, this means that the basic pay of the employees to be set at 50% of the CTC, and in case these allowances exceed the 50% threshold, then the employer will have to pay for the gratuity, social security, etc. on the exceeded amount.

This increased financial burden on the employers will translate to lesser take-home salaries for the employees. Currently, this means that the companies will also have to restructure their salaries to increase the provided fund liabilities on the employers.

As a part of the provisions of the new overtime policies, asking your employees to work for more than 15 minutes extra would entail that they are paid as per the overtime payment policies instead of the regular payment options. The new rules state that in calculating over time, a time duration of 15 minutes to 30 minutes will be considered as half-hour, and any duration more than 30 minutes be considered as an hour. This ensures that the companies do not take undue advantage of their workforce by asking them to work overtime and paying regular wages instead of overtime payment citing any clause in their company policy.

As per the new amendments, 48 hours is the maximum working hours that any company can implement. However, it is up to the companies to decide how they implement it by having either a 4-day, 5-day, or 6-day work week. This amendment, along with the overtime policy, makes it difficult for companies to take their employees for granted. Moreover, it will also help the workforce become more productive since the employees would get their much-required rest.

How Automation can work wonders for Processing Payroll?

A major change due to the enforcement of the ‘Code of Social Security would be the availability of social security to non-traditional jobs such as gig workers, platform staff, unorganized workers, etc. They were a community highly vulnerable to employee mistreatment and this bill ensures that practice is eradicated. The bill empowers the government to punish any offenders with imprisonment, or fine and imprisonment as deemed necessary.

Similarly, they are also eligible for social security schemes such as life insurance, disability insurance, maternity benefits, provident fund, etc. This bill also enforces that companies with at least 300 working employees should notify the government before closure, lay-offs, or retrenchment. As the limit was increased to 300 from 100, it helps in further enhancing the social security for this community of non-traditional workers. The ‘Industrial Relations Code’ also amends the definition of ‘strike’ to mass casual leave and states that workers cannot go on strike without a notice submitted to the employer 14 days before the strike. This helps in curbing unnecessary strikes while also providing adequate time for the employer to make the necessary reforms.

The ‘Occupational Safety, Health, and Working Conditions Code’ introduces multiple reforms to address occupational safety concerns. The major change is a reduction of the gratuity period from 5 years to 3 years. Another major change has been the redefining of certain terms to include a broader scope to ensure that no kind of worker is left out from coming under its cover.

There are multiple other amendments from the previous bill which enhance the worker’s safety such as including mines under the definition of ‘factory’ and including all establishments where hazardous activity is carried out to be defined as ‘hazardous’ irrespective of the number of workers. Similarly, the bill also requires that women should be employed in all areas of work, and in cases of hazardous environment, the employer should provide adequate safeguards.

As is evident from the article, these changes brought about by the ‘Code of Wages’ entail major payroll restructure for the companies along with the fact that the other 3 reforms require that all employees be treated with respect in any occupational sector.

There has been a huge outcry by the employees over the fact the ‘Code of Wages’ is reducing their in-hand salary. It has especially lowered the morale of the lower-income class as they are the ones who will be the worst hit if the new code of wages is implemented.

Hence, the states are taking longer to decide due to the very reason that although it ensures that the working class is benefited in the long run with increased PF and gratuity, their take-home salary is being reduced, which translates to lower money in circulation and lowered investments. This is not ideal for any growing economy. However, with October being believed to be the month when it is finally implemented, financial advisors and economists are keeping their fingers crossed.