5 Bad Habits Your Boss Hates To See at Work 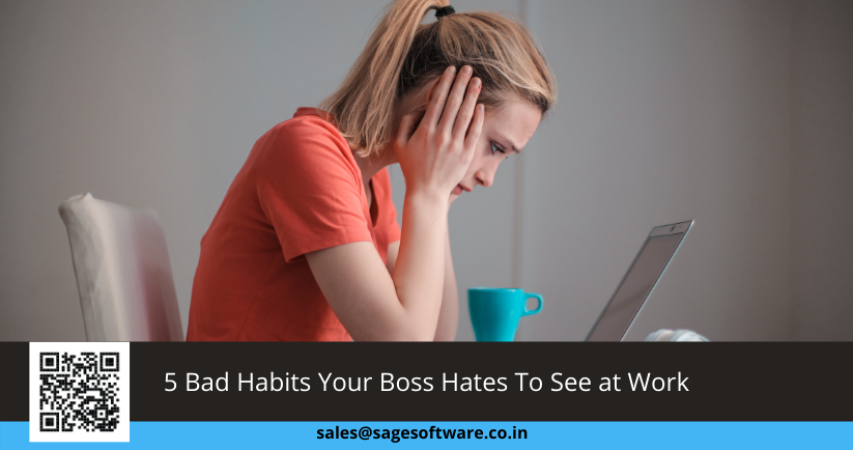 In any business setting, one can perceive unproductive employee in three different ways. First are the types of employees, who are outgoing and come as a bubbly personality at the workplace that you tend to miss the fact that they have never been productive at work. Second are the ones that clearly give out signs of their declining performance toward work. The last type are the ones, who are plainly unproductive and everyone in the office knows it.

Nevertheless, in any of these situations, the characteristics exhibited are almost similar though every one might have a different story to tell, but for employers and managers, it all begins by identifying some of these traits. If you can spot an unproductive employee, it’s time to do some changes in the ways you have been managing your people and beat office blues, if any.

Here are five bad habits that bosses don’t want their employees to exhibit:

Irrespective of why a person cribs or whom she or he is complaining to, complaints often infer that the employee is simply not willing to put in efforts to make a change. Complaining is a waste of time and is easy to do as well than being productive. Super productive folks never dwell on a problem. They just do their work.

Similar to cribbing, making up excuses every now and then is a huge obstruction to being productive at work. It’s a different story when an employee fails to get things done because of other priority tasks, but if he/she fails to get things done due to some silly or unfair excuses, then it’s a problem. Thus, pay heed to employees, who always come up with some or the other excuses for everything. Excuses tend to get out of hand very fast.

This particular trait often goes hand-in-hand with excuses. Often, an employee might procrastinate things due to an excuse, but at times, they can simply act it to shun off the task assigned. Now this might not pose any threat to an employer if it’s occasional, but it can become a problem if an employee keeps on procrastinating stuffs on a regular basis. For instance, HR personnel often tend to brush it off when it comes to generating and presenting HR MIS reports to the management.

4. Only Cares About Glory

This is one of the most apparent signs that an employee doesn’t care about his/her role. These people are apprehensive about being productive only when it involves glory or credit. Whereas the secret to a productive workforce lies in being engaged and coming up with out-of-the-box and novel ideas and cutting the mundane.

5. Lack of Motivation or Driving Force

You can easily figure out people in your team whether they lack motivation or the driving force if they are doing all the aforementioned things i.e., procrastinating, making excuses, cribbing and bothering their bosses.  All these traits collectively trigger a weary attitude towards work making them unproductive.

As you see all the traits mentioned above are interrelated. Simply put, it works like one single domino effect thus, you are more likely to seen an employee who is unproductive exhibiting most of these traits. You ought to identify these traits and take necessary steps to restore that motivational flame.

For more such articles on leadership and career advice, feel free to visit our blog here. You can also SMS SAGE to 56767 or drop us a mail at sales@sagesoftware.co.in or give us a shout out at Twitter or Facebook. 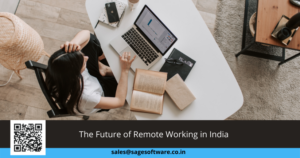 The Future of Remote Working in India

Reading Time: 4 minutes Before the Pandemic hit us in early 2020, we were not so familiar with social distancing and quarantine. Since then many things around us have 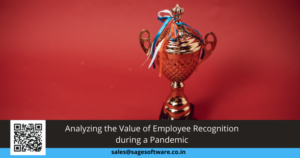 Analyzing the Value of Employee Recognition during a Pandemic

Reading Time: 6 minutes Pandemic has disrupted the very idea of how things are supposed to be. The set-up we had for almost everything went through a transformation. We 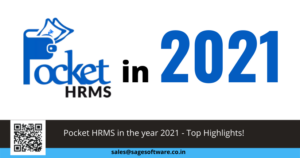 Reading Time: 4 minutes 2021 has been a positive year for HR and businesses in general. There have been multiple silver linings in 2021, such as India successfully administering

Empower your HR Today for The Future!